The mini drought we endured down here in the south west finally came to an end on the 2nd of May. Heavy rain heralded the beginning of a 3 foot flood which freshened the river up no end and must have come as a relief to the remaining salmon kelts and descending smolts. Reports came in that a few fish were running Bandon weir on Saturday evening as the water rose, alas Sunday saw the river unfishable. Keeping the powder dry, Ian, Rob and I made our way to the river at 6am on Monday morning as the mist was rising. By now the river had fallen to a manageable height, yet was still bowling down and well coloured. Rob stuck to the fly while Ian and myself opted to spin, with yellow size 4 flying c's being the order of the day. Starting at the top of our chosen stretch, sport was slow with the odd knock from a trout. Deciding to move down river, my spinner was halted mid flow in a slacker piece of water. Rod buckling over, the fish splashed and raced down stream. Assuming it was a grilse, 5 minutes later Ian slipped the net under something a bit more spotty than a salmon! 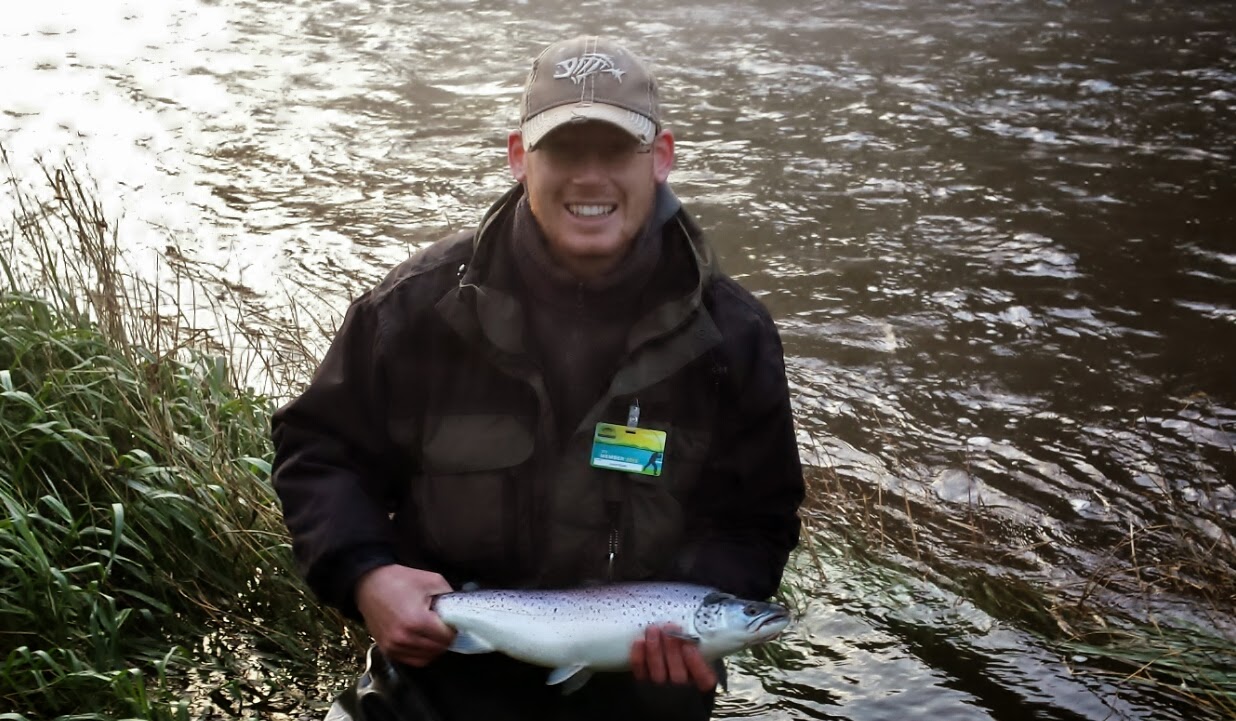 What a surprise it was to see such a lovely, pristine sea trout. A personal best for me, we estimated it to weigh around 4lbs. After a quick pic, the sea trout was released on its way again and swam off like a rocket. Delighted with the success, we resumed our morning session with the anticipation of more action. Trying a few more spots revealed no further interest as Rob retired his fly rod. Ian was about to follow suit as they had made a plan to go up river when his spinner was intercepted in exactly the same location as mine was. Similarly to my own take, the fish splashed straight away and we could see it was bigger. A salmon at last, we thought... a strong fight ensued with the fish being extremely stubborn holding out in the current. On my first attempt to net the fish, it turned away at the last moment and I glimpsed an array of spots in its back. Mentioning it to Ian, he was having none of it and was adamant it was a salmon! We said no more until minutes later Ian had his prize on the bank. Our jaws collectively dropped as we realised the fish was indeed a sea trout and what a sea trout at that!! 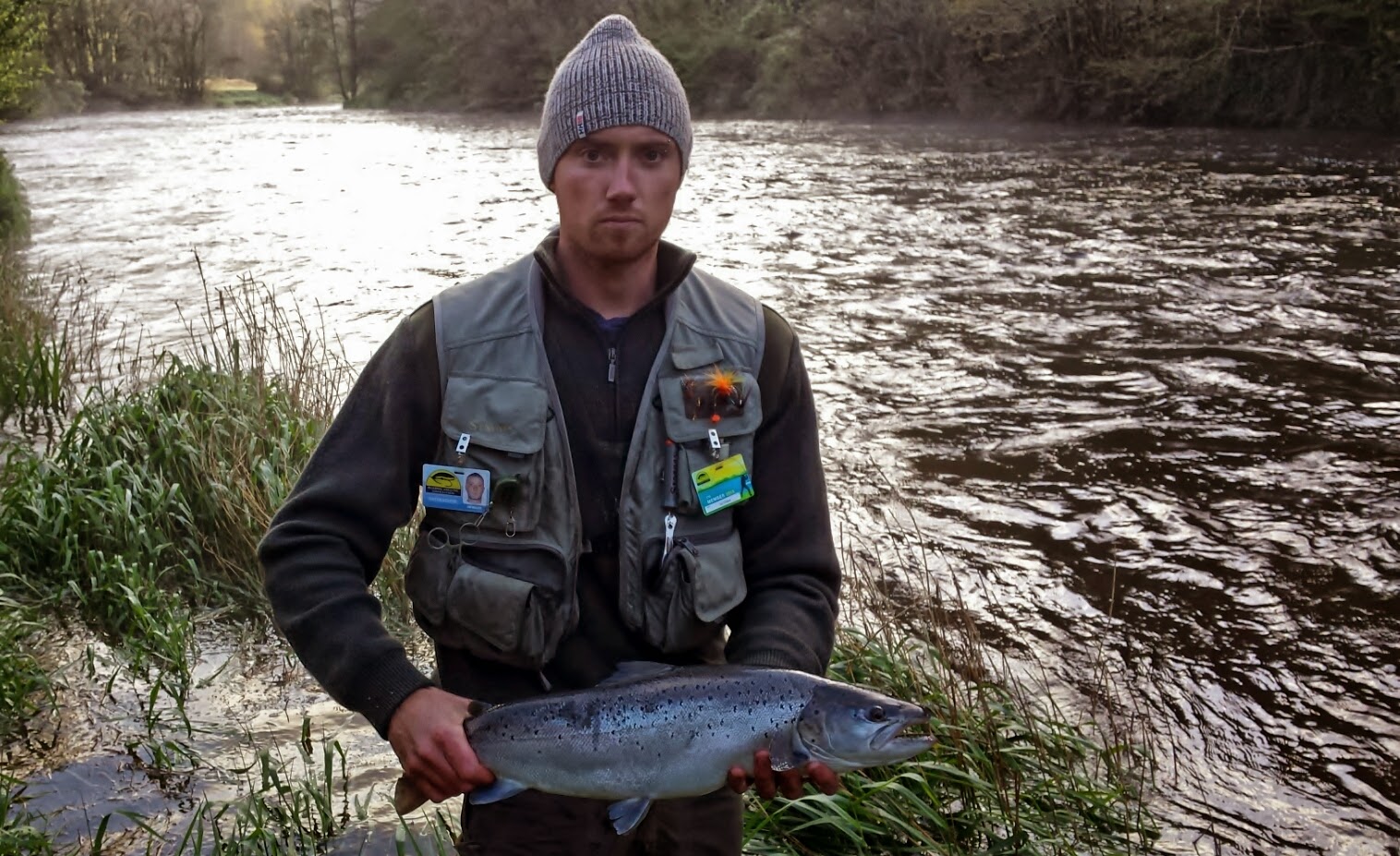 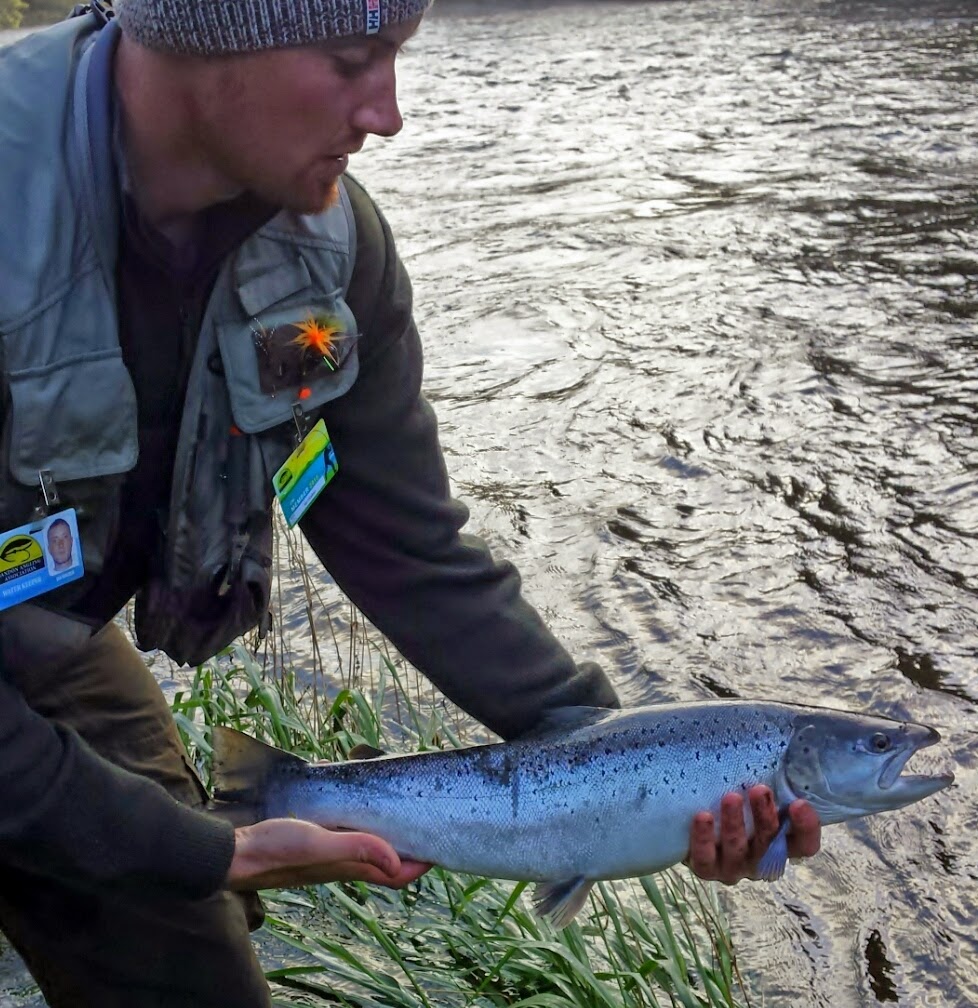 Not renowned for its big sea trout, this whopper from the Bandon had us shocked. Measuring 65 cm in length and over 35 cm in girth, this fish would have weighed comfortably over 6lbs and possibly up to 7lbs. A specimen trout is a special creature, and Ian didn't even think twice about releasing his trophy catch. Cradling it in the water as it regained its energy, Rob was about to relieve me of my resuscitating duties when it walloped me with its paddle and sped off into the depths. What a moment it was for us all to share in the capture and return of this rare beast. The next trick will be to try and catch one on the fly at night time. 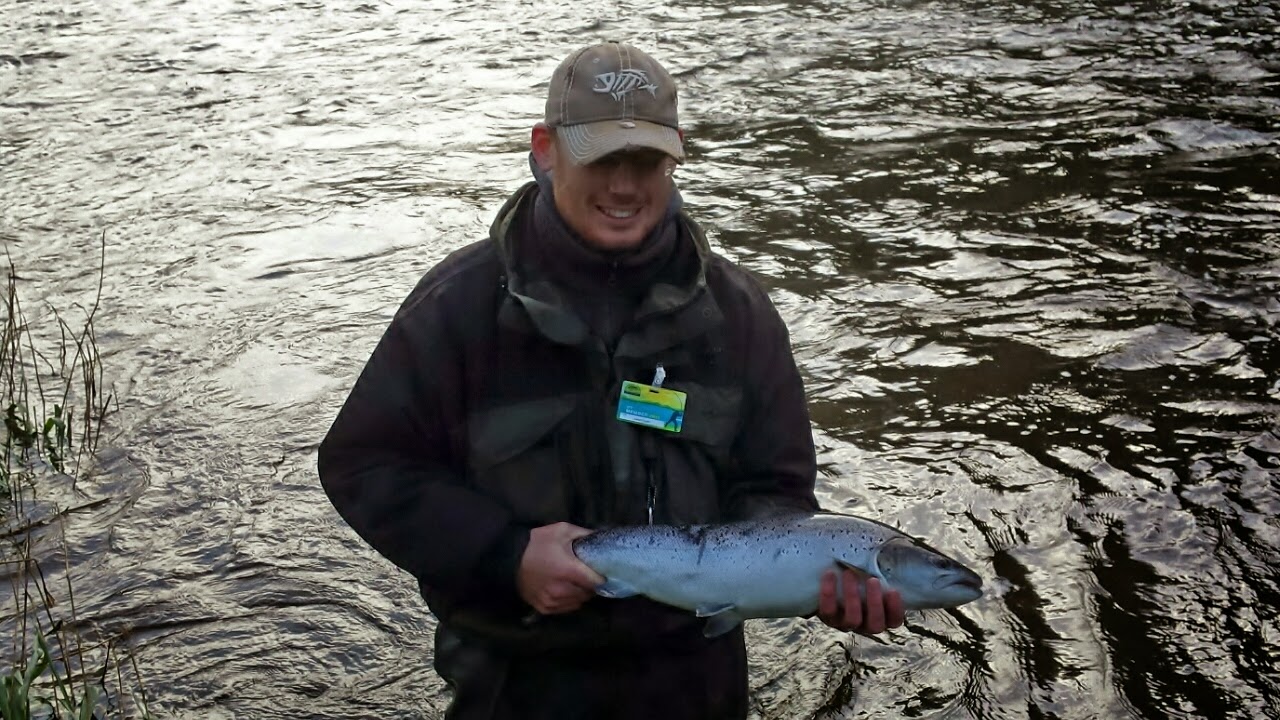 Posted by savagefishing at 00:24 No comments: 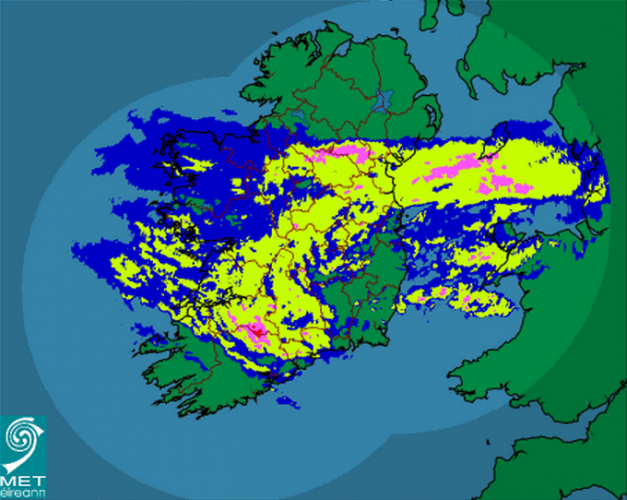